How Climate Change is Driving Adaptation in the Vineyard 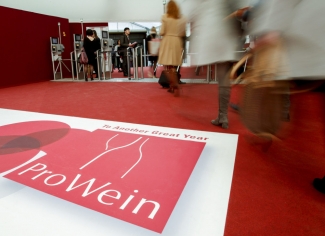 It’s a 21st century truism that “change comes from within.” But the truth of the matter is that it usually only comes as a result of outside pressures. During prior decades vineyard replanting was typically driven by market forces and fashions, now those replantings are happening in response to a completely different outside pressure. And with the recent and sobering release of the 2022 Global Assessment of Climate Change report, this pressure is rooted not in culture, but in environment.

Just as the industry had to act swiftly to adapt over the last two years from in-person to on-line, winemakers are now facing their own reckoning in the vineyard. How they choose to cope can vary as dramatically as the wines themselves. However, this increasingly has to do with the genetics of the vine. A range of vinuous examples will be on display at ProWein on May 15 - 17, 2022 in Düsseldorf.

The “Bordeaux style” has come to embody a quality red blend produced from a combination of Cabernet Sauvignon, Merlot, Cabernet Franc and Petit Verdot in wine regions around the world. Yet, with the average growing season temperature increasing by 3°C just in the last six decades, there is increasing concern among Bordeaux growers that soon it may no longer be possible to continue being Bordeaux, at least not with the quality and character that consumers have come to expect in recent times.

Consumer preference for a softer and more approachable style pushed the region in recent decades to increase its Merlot plantings. Today Merlot makes up a staggering 66% of the region’s red wine vineyards. Yet, the very attributes that make it appealing are also its Achilles heel. Merlot ripens early, driving concern among many growers about overripeness and skyrocketing alcohol levels. Current meteorological data suggests, in fact, that the variety will move out of its ideal ripening window as early as 2035. In the warmest locations it is planted that could happen even sooner.

One potential response, on an individual level, is to pull those very vines growers have spent the last decades protecting and plant Cabernet Sauvignon in its place. So far this trend is limited to some leading Médoc producers like Château Brane-Cantenac and Château Léoville Barton, but they are simply the pioneers. Another strategy is to shift the blend away from Merlot in aneffort to recapture structure and freshness: such as Château Phelan Segur.

And in a move that many have lauded, France's Institut National de l'Origine et de la Qualite (INAO) approved six new varieties in 2019, based on 11 years of research at an experimental vineyard in Pessac-Léognan. These four reds—Arinarnoa, Castets, Marselan, and Touriga Nacional — and two whites Alvarinho and Liliorila – may account for up to 10% of any blend, and are recognized not only for their resiliency in the hotter, drier conditions, but perhaps most importantly for their ability to adapt. The hope is that the small percentage will allow for the much needed diversity in the vineyards, without significantly changing the style of Bordeaux, which is funadmental to the wines’ identity. Still, this is a radical step for a region that is steeped in a winemaking tradition that goes back to the mid-17th century.

Like Bordeaux, Burgundy has built itself a reputation based on a very narrow and specific identity: (more or less) one white and one red. In so doing, they have taken niche to new levels, and for a while, sky high prices and equally high demand seemed to prove it to be an absolute success story. But as extreme frost, hail and heat are becoming more frequent, the holy grail of Burgundian style that the rest of the world now seeks is in serious danger of extinction in its birthplace.

One need only look at the perceptible shift marked by the 2019 vintage to see the inherent problems for Chardonnay. The extremes of the vintage culminated in a ripening period that was up to 7-14 days late for the phenolic substances in the skins of the grapes, and after waiting for that ripening to complete, alcohol levels were in the 13.5% to 15.5% range. The 2020 vintage, by comparison, reported picking in mid-August, some of the earliest harvest dates on record. Harvest today is focused not on getting enough sugar, but rather preserving enough acidity to retain the elgant style that white Burgundy fans demand.

Some vintages on the red side are being characterized as “californian,” and reports show that the average picking times have shifted 13 days earlier since 1988. Here too the problem is to maintain the style that consumers have come to expect from the region, and for which they have paid sky-high prices in recent years.

Without the wiggle room with the grape variety, because the Appellation d’Origin Côntrolée rules dictate the varieties, growers cannot make the freewheeling changes their colleagues in the New World take for granted. Some European growers are seeking a solution in converting to organic farming, citing evidence that speaks to better adaptation of the vines. Cover crops, delayed pruning, and changes in canopy management, may buy time, they do not provide a longterm solution. These small scale shifts are having big consequences, such as in the “disruptive viticulture” of Domaine Boris Champy (Hall 4/C40). More drastic considerations of moving to both higher altitude vineyard locations and a shift in the clones planted, or even variety, are also in the discussion throughout the region. As with Bordeaux, the classification system was established at a time when the the climate was very different from now, meaning that the necessary realignment in both the vineyard and the cellar will take time before consumers see the results in the bottles.

The Taste Of Responsibility

Unlike in many old world wine countries, Germany and Austria market their wines based on variety, and thus perception. And unfamiliar names such as Solaris, Pinotin, Donauriesling and Johanniter have been gradually making an appearance on winestore shelves in recent years to mixed results. In December of last year, the EU legalized the use of hybrid varieties in AOP wines throughout these regions. Currently, 2.4% of Germany’s 103,400 ha of vines are hybrids, and 1.5% in Austria, with a significant focus on the Styrian vineyards in the country’s south. And since August of 2021, Champagne producers have been allowed to plant their vineyards with maximum of 5% of the hybrid Voltis.

The upside of these is clear in the name: Pilzwiderstandsfähige or PiWis (fungus resistant varieties). The modern crossings of American native rootstock with a scion of frost-resistant Asian native rootstock allow for significantly less spraying in the vineyard, resulting in less soil compaction, higher yields, and, of course, greater vineyard diversity. That was especially important in a wet year such as 2021, not to mention in meeting the EU’s lofty goals of cutting chemical pesticide use by 50% in the coming years. As with all varieties, classic and hybrid alike, success lies in a combination of factors: first and foremost, the right variety for the location and precise vineyard care.

Vintners in Austria and Germany has made significant inroads in consumer acceptance with crossings such as Cabernet Blanc (visit Weingut Rainer Schnaitmann, Hall 1/ A100 ready to be impressed), Pinotin, Solaris and Donauriesling (Winzer Krems eG, Hall 5 / J50). For stunning examples, be sure to taste through the range from Rheinhessen biodynamic vintner Weingut Gustavshof (Hall 5/C20) as well.

The argument against many of these varieties is taste. Recent generations are including higher percentages of Vitis vinifera in the final pedigree. While some vintners are trying to mirror the Vitis vinifera profile, others are celebrating the sometimes unfamiliar, but often excellent, flavor. A recent consumer study from Agridea in Switzerland released findings citing consumers’ openness to PIWIs in the viticulture of the future even while citing taste “as the most important purchase criterion.”

Perhaps we consumers must learn to embrace these “new” tastes. As temperatures continue to climb, as growing seasons shorten, as extremes become the norm not the exception, it is not long before many of the traditional varieties and locations as we know them are going to exhibit a profile different than we remember. A 16% abv dry Pinot Grigio / Pinot Gris /Grauburgunder cannot taste light and refreshing. Maybe the price we pay for all we have done to the planet is that what we seek in wine come not entirely from the fruit but partially from knowing that we are making responsible, respectful choices. Maybe that unfamiliar character on our palate is the taste of responsibility.

For deeper insights and a lively discussion about this and other relevant themes, be sure to visit the ProWein Trend Hour Tastings on 15 and 16 May from 17.00 - 18.00 in Hall 1/Room 14. Discussion and tasting will be held in English, and seating is limited.