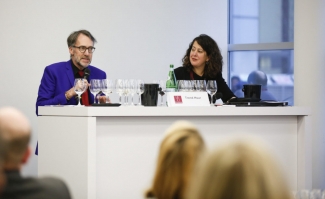 When Covid-19 reached North America and Europe en route to the world two years ago, things looked very bad for Planet Wine. Many insiders feared the global wine industry would tip into a crisis as deep as that during the Great Depression of the 1930s. Wine, however, has continued to demonstrate a remarkable flexibility and resilience, evidenced not least through the return of the first ProWein in 3 years on 15 May in Düsseldorf/Germany.

And nowhere do you see it more clearly than with Champagne. Official industry figures show the last pre-virus year, 2019, was pretty good for the region just an hour’s journey time east of the Paris suburbs. In 2019 sales totaled 297 million bottles sold for 5 billion US$, but in 2020 they plummeted to just 244.1 million bottles for 4.2 billion US$.  Not a real surprise as celebration was quite far from most consumers’ minds. What nobody could be sure of, was if this were the new normal or if consumers would return to Champagne at some point.

Recent reports from the Comité Champagne trade Association, however, show that French Champagne sales in 2021 did come back with a jaw dropping 332m bottles sold, a 32% jump from the previous year.  And the monthly figures for US imports of French sparkling wines – mostly Champagne, but including Crémant from Alsace, Burgundy and the Loire – also tell an astonishing tale. Historically, October is the biggest month because importers then stock up for holiday sales, resulting in imports worth around 100 US$. In October 2020 that figure was just 79.55 million US$, but in October 2021 it leapt to a record 136.57 million US$, before being topped in November 2021 by 141.1 million US$.

Lest one think it’s all about bubbles, a similar pattern emerged in Italy. In the spring of 2020, panic gripped the world’s top wine producing country as sales – both domestic and export -- of close to zero were being reported. High end categories, such as Barolo and Brunello di Montalcino, wines that relied primarily on restaurant sales, were considering drastic measures such as appealing for a change in the strict classification rules, while other regions weighed the benefit of reducing production, and turning cheaper wine into alcohol-based disinfectant. Yet, as elsewhere once the initial shock wore off, sales ultimately bounced back to better than before. Brunello di Montalcino and Lugana, reported 47% and 49% sales increases respectively, followed closely by Barolo at 43%.

And turning our eyes inward for a moment, it's fair to say that the bounce back in Germany is strongest for the producers with the highest visibility and greatest flexibility. Those producers historically reliant on a single (often successful!) sales revenue struggled, while those able to recognize and most importantly, react, managed to make up lost 2020 sales – ending 2021 in what some producers called their best year in recent history.

This pattern of declining sales in 2020 followed by growth in 2021 can be found right around Planet Wine. What stunned many industry insiders, however, is the flexibility that allowed certain sections of the wine industry to grow during the toughest period of the Covid-crisis. And while that growth came in many shapes and sizes, it could reliably be traced back to a single source: e-commerce. According to Nielson reports, in 2020 online wine sales spiked by 234%. Those who fared best had already embraced e-commerce channels, or did so very quickly. Many older people who’d never bought wine online before flocked to merchants and producers with attractive online shops to click on “buy now” as consumers became accustomed to the idea of having most aspects of their lives delivered to the front door. Zoom wine tastings suddenly became normal for virtually all sides of the industry. And those already on line utilized the tools at hand to yield more targeted marketing and ultimately sales. When many less well equipped colleagues saw this success, they quickly cranked up their own online services. Even wine content experienced a noticeable digital boom. By early 2021 the global online upgrade was almost complete.

We think that although Covid undeniably caused some damage to the wine industry in every country and region, it also greatly accelerated a revolution that was inevitable. Now it is clear to every wine producer on Planet Wine that online sales – either direct to consumer or from merchants – are an essential aspect of the industry. The really savvy ones realize that the future is all about cleverly docking their bulky and heavy analog product (wine in glass bottles) onto the weightless digital realm.

In line with this warp speed modernization it is outmoded wine styles that took the biggest hit and have failed to bounce back. Alsace Gewurztraminer is the perfect example of this. The Alsace region on the eastern edge of France has long continued its name in large part from tourists, thanks to the beautiful landscapes and old towns. It was therefore no surprise that the abrupt interruption of tourism in the spring of 2020 hit the region hard. That this focused on Gewurztraminer was a surprise though, since many industry figures around the world consider it the signature wine of Alsace.

The problem was consumers in many markets have long considered it an old-fashioned wine category because of its typical combination of extravagant aromas, high alcohol, low acidity and a touch of sweetness. Sales were therefore very dependent upon tourism, often souvenir sales. Without them the bulk price for the low-yielding Gewurztraminer fell precipitously due to the lack of buyers until it was well below the bulk price for the more generous yielding Riesling. This lead to a wave of vineyard replanting that will continue this spring. Clever producers tweaked blended whites to include more Gewurztraminer.

Ready or not, a traditional industry has been launched into the e-stratosphere. Covid was indeed an unprecedented wake-up call. And there’s no better place to identify who hit snooze, and who answered the bell than at ProWein 2022 from 15 to 17 May in Düsseldorf.

Note for journalists:
High-resolution image stock can be found in our photo database;
please click on: https://medianet.messe-duesseldorf.de/press/prowein/main
For more information about ProWein, please visit www.prowein.com