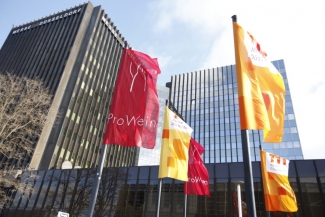 Once upon a time, the lines between the categories of alcoholic beverages were clearly defined and easily recognizable. Every producer had a lane to stay in, a particular audience to reach, and a clearly defined message to transmit. However, according to IWSR Drinks Market Analysis, consumers today are switching with increasing frequency between beverages and trialing new beverages. We have entered a new era of blurred lines.

While total beverage alcohol consumption rose 2% in 2020 — the most significant gain for the industry in nearly two decades — what consumers were reaching for has changed significantly. Zero and low-alcohol products saw a major gain in consumer acceptance. And spirits experienced a 4.6% increase over the year prior, with hard seltzer cans and ingredients to mix cocktails at home as the clear category winners. Co-fermentation, hard seltzer, even alcohol free: new categories of hybrid drinks and inventive packaging are receiving a hero’s welcome in an industry hitherto not renowned for its pivot potential.

Driven in large part by the millennial and Gen X generations, today’s consumer has already changed the way the alcoholic beverage game is played. Less willing to fit neatly into a single box or demographic, modern consumers embrace exploration over exclusivity. And the industry is changing it’s whole approach in response with “companies no longer selling products to groups of consumers, but selling products that fit particular consumption occasions.” Take for example, Luxembourg’s leading cider label Ramborn Cider Co (hall 7.0/Stand D34) in their tagline, “made like wine, consumed like beer.” The emphasis today is in equal parts on quality and approachabliity. This new openness has carved out a multitude of spaces for many nontraditional and niche companies in a market previously dominated by a rather small number of large brands.

The success of Prowein’s 2022 sold-out “Same but Different” Hall 7.0 over the last few years further highlights the consumer desire for a different kind of drink with 120 exhibitors from 24 different counties, showcasing cutting edge craft and hybrid drinks. Of particular interest is the growing number of non-alcoholic options that nonetheless feature the same attention to sustainability and craftsmanship. While many may be familiar with Siegfried Rheinland Dry Gin’s “Wonderleaf” (hall 7.0/B26) which debuted in 2018 to great success, this year brings a truly dizzying array of international options. Finally this new diversity has a showcase!

OF GRAPES AND GRAIN

Whereas fine wine historically thrived on tradition, it’s long been the case that the wider drinks market was driven by innovation. Although fundamentally collaborative drinks are nothing new, today’s beverages are much closer to actual hybrids – a mix of two or more traditional beverages – than the flavored facsimiles of the 80s and 90s. Wine-beer-hybrids have been making a big splash in recent years as co-fermentation continues its upward trend.

In theory, beer and wine aren’t far removed from each other; wine is made by using the sugar in the grapes; beer by using the sugar in grains; both drinks then undergo alcoholic fermentation followed by maturation. While there is no single “correct” recipe for a hybrid beverage: the classic version involves co-fermenting the wort (processed grain) and must (processed grapes) using the wild yeast from the grapes. This can lend beer a strong vinous character, and may also accentuate the color and tartness. In some cases, brewers have gone further, seeking out complementary characteristics in the grape variety and beer base. This is like food and wine pairing that seeks to achieve a complex and compelling result, according to the ancient principal that the whole is greater than the sum of the parts. Other co-ferments gaining in popularity include cider-based hybrids using beer or  wine, or in some cases even wines with mixed fruits.

One of the biggest surprise leaders of the hybrid market is spiked seltzer. In 2018, 14 millon cases were sold; by 2021 that figure had more than quadrupled.  Today, according to the Hard Seltzer market Size and Share Report released in February of this year, “The global hard seltzer market size was valued at USD 8.95 billion in 2021 and is expected to expand at a compound annual growth rate (CAGR) of 22.9% from 2022 to 2030.”

While the drink seemed to emerge out of thin air in the U.S.A. around 2013, its popularity can be traced back to the 1990s and a beverage called Zima (a drink that was either before its time, or in need of a better marketing agent), before it was pulled from the market in 2008. Spiked seltzer is simply that: plenty of bubbly water, with a little alcohol (from fermented sugar) and added fruit aromas. This makes it low in calories, low in sugar, gluten-free, and an abv that clocks in between 4-6%. That combination is remarkably appealing to millennials and even younger consumers who are interested in low alcohol, health consciousness, and transparent ingredient labeling.

While White Claw continues to dominate the American landscape, many (nonalcoholic) beverage giants have begun entering the competition in recent years with examples such as, Hard Mountain Dew and Topo Chico. In Germany many supermarkets are releasing their own brands, which continues to drive significant sales in off-trade channels.

BITTER IS THE NEW SWEET

Fruit flavored seltzers aren’t the end of this neverending story either. Herbal infusions and quality beverages with either zero alcohol or low alcoholic content are another rapidly developing category. The global market for zero/low alcohol in 2021 was worth almost US$10 billion, up from $7.8bn in 2018, reports IWSR in a 2022 No- and Low-Alcohol Strategic Study. With Germany showing a +2% volume increase in 2021 alone. It is striking how sugar is often completely out of the picture in this brave new beverage world where bitter is the new sweet. Surely, the increasingly critical media coverage of the health implications of the sugar in conventional colas and sodas is one root of this trend, but that doesn’t begin to explain the creativity in this category. The new products from Jörg Geiger (hall 1/E150), Dr. Jaglas (hall 7.0/B04), Weingut Leitz/Rheingau and Kolonne/Null (hall 1/A64) are all examples of this. More and more the booming category is occupying an important space in the regular portfolios of wine producers around the world. And the bottlings are created with the same attention to quality – and resulting price – as the regular (alcoholic) line-up.

The topography of the drinks world is undergoing a massive upheaval. Many inventive products that only a few years ago would have been dismissed out of hand by the trade are being warmly embraced by consumers. As the once clear fault lines between beer, soda and spirits blur, beverage giants are moving into this new landscape seeking to gain a share of the sales growth by diversifying.

Due to the rapid socio-cultural change of recent years and the increasing importance of the social media in shaping consumption patterns, the once predictable and dependable consumer no longer exists. Staying relevant  demands a radical change in thinking, in order to meet the consumer where she  is rather than where we expect her to be.